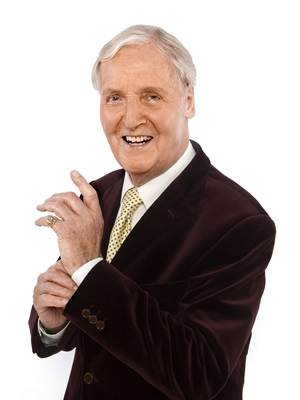 In some form or another, The Edinburgh Fringe has been going since the 1940s. With thousands of acts and hundreds of venues it is more popular than ever. So what is the appeal? Why do comedians spend massive amounts of money for a month in Edinburgh? Lucy Anna Gray speaks to comedy legend Nicholas Parsons, whose first Fringe was in 1946, to find out more...

Hi Nicholas. How many years have you been coming to the Fringe?

I've been coming for many years, but this is the 13th successive year that I've been doing this particular show, Nicolas Parsons' Happy Hour. I came up in the 80s and did my Edward Lear show on the official Fringe, then my evening of comedy also on the Fringe a year or two later. I find that Happy Hour is a format that works very well which is why I keep doing it.

Why do you keep coming back?

I love the whole atmosphere of the Fringe. There's a wonderful frisson in the air and everybody's much more relaxed and enjoying life a bit more. It doesn't matter if it's raining, they're all getting out and enjoying it.

It's generated by the fact that people are giving entertainment, and an awful lot of people are enjoying it. I think the Edinburgh Fringe is very special and I just love the atmosphere! To be part of it is not only a thrill, but a privilege.

So you think it's an important part of British comedy?

It is the most important part. I think fringe entertainment only really began in Edinburgh. I came to the very first Edinburgh festival in 1946 because I've got mates in Glasgow. So I came over with my friends and saw one or two shows and there were a couple of acts that referred to themselves as being 'on the fringe'. A year or two later, those brilliant people (Peter Cook, Jonathon Miller and Alan Bennett) came up and they called their show Beyond the Fringe which was an incredible success. Slowly, The Fringe has expanded so now it's like the dog that wags the tail! There are more shows on the Fringe than there are in the actual festival and the Edinburgh Fringe is probably the biggest Festival Fringe in the world. 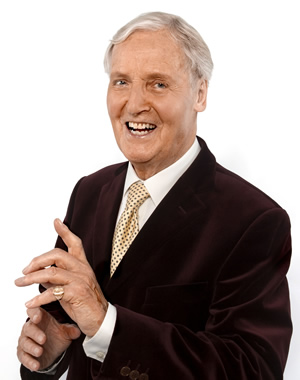 Do you think that the increasing cost of coming to the Fringe is a problem?

Well, yes, I do think it's a problem because - and I don't know all of the details - but I believe that the Fringe establishment takes a large cut of the shows' profits. It does worry me because this is one of the few places that young, aspiring performers can get a chance to expose their talent and maybe get more work.

They have to get here, pay for their lodgings, pay something to the Fringe management and then rent the venue. The costs are getting higher and it does worry me because there has to be a place where new hopefuls can come and express their talent. We don't want them to go away impoverished!

Are you coming to the Fringe again?

Well my wife said to me, "I think you should maybe think twice about next year, darling. You're getting older," but I would like to do at least one more Fringe. Also I've got a book coming out next year, my memoirs, which launch at the Book Fest and it would be wonderful to come up here next year and go to the Book Fest and launch that. Maybe I won't do quite so long, but I will be back.

On another note, I heard about a Junior Just A Minute...

I know I'm doing it and I've got the contract, but I don't know much about it! I know they're going to play Just A Minute, but I don't know what the premise is yet. It won't differ in content, but it will differ in the approach. How it will, I'm not sure yet. We will be recording it in September.