Gareth Morinan came up with an ingenious way of getting himself noticed in the Edinburgh Fringe programme - but not everyone was amused, as he explains here... 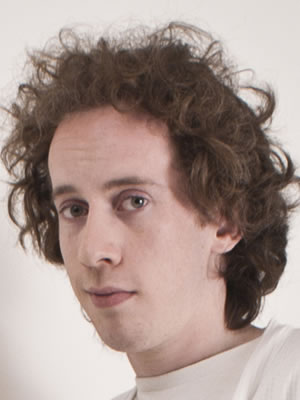 I've got a bad feeling about this year's Edinburgh Fringe festival. I have to perform every day for three weeks. Normally about half way through I get tired, depressed and disillusioned with it all. This year I got to that point before doing the first show. The reason: some unintended controversy surrounding something I did.

Anyone who's been to Fringe will have noticed that the guide they print is a massive unwieldy thing that is almost impossible to navigate. Every year performers complain about it, they question whether it's worth paying a hefty sum of money (£328) for a tiny bit of space (1/12 page) in this huge brochure (400 pages).

Shows eager to gain prominence will often have no choice but to splash out on an advert too (costing £1200 for 1/4 page). I've always felt like saying this was a bit of a rip off to the people who set the prices, and I have indeed done that because I'm a member of the Fringe Participants Council (a small committee who meet to give advice to the Fringe on what people have been complaining about).

Anyway, being an innovative chap, I've always tried to make my show stand out from the crowd, either through a ridiculous name or a colourful picture. However this year I took it to a whole new level when I spotted a loophole that had yet to be exploited by anyone. Most shows at the Fringe pay £328 to appear in the guide, but shows with limited runs (1-2 performances only) pay just £80, yet still take up the same amount of space. So I was trying to think how to promote my show... then I realised, why not list my show, which will run for 22 nights, as 11 two-day runs? The total cost would be £880. This is cheaper than a 1/4 page advert, but my 11 listings would take up almost an entire page (11/12ths to be precise). Using the power of maths I worked out that doing this had saved me £3520 in advertising costs.

But I should've known I wasn't about to get away with this so easily. A couple of months ago I got a call from the Fringe saying that my listings broke their rules. I hadn't realised this, and neither had the Fringe... but by this point the guide was already printed (my listings can be seen on p88-90). The person who had noticed was a well-known promoter [Marlene Zwickler], who represents some big names in comedy, and happened to be a member of the Participants Council. She resigned that position, and on the way out angrily implied I had no morality and that my stunt wasn't in the Spirit of the Fringe. 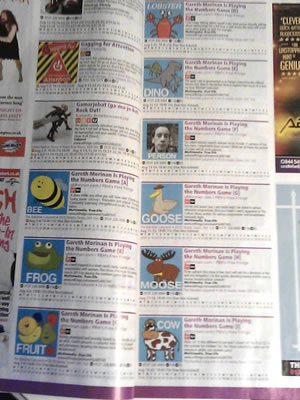 And so #Listingsgate began. Because someone had resigned, what previously seemed like a harmless stunt now seemed like an actual scandal. So a few websites and blogs reported on it, before the story got picked up the Edinburgh Evening News. All I ever wanted was for a few more people to come to my show, but now there are articles in which my name is being mentioned alongside something that sounds a lot worse than it actually is.

I don't want to be seen as some joker, because I'm serious about trying to contribute to the festival at every level. I think the Fringe has become a bit cynical and corporate, and it needs someone like myself who is willing to argue against the people who promote that culture. To that end I have decided to stand for election to the Fringe Board of Directors (another committee, but this one actually makes decisions on important things).

Incidentally, the promoter who resigned is also standing in the same election, so we may end up once again sitting on the same committee (until I do another publicity stunt and she resigns again). But don't get too excited about voting, in order to do that you have to be a member of the Fringe Society, and annual membership costs £10. Only a small fraction of those involved in the festival actually bother paying up.

I am worried that I'll lose the election. Partially because few people take any interest in these matters, and also because my reputation has been tarnished by #Listingsgate. But then I had another genius idea... I announced that I would take the £3520 I saved in advertising costs, and give it away in £10 amounts to anyone who wanted it. Nothing redeems character better than charity, and nothing interests the public more than free money. Win! Win!

Some of the more cynically minded among you might think the reason I've chosen to give it away in £10 amounts, is because I want people to use that £10 to register to be able to vote for me in the upcoming election. Me? Buying 352 votes? No. I've already pissed off some uptight people with humour deficiencies. The last thing I'd want to do is make an outlandish claim of giving away money, thus forcing these people who hate me to carefully watch a silly video I've made in order to ascertain whether or not I'm actually trying to rig an election. The last thing I want to do is waste more of their time checking whether I've broken any rules. That is definitely the last thing I would possibly want.

As you've taken time to read at least part of this article, I'll let you in on a little secret. To actually get your free £10 cash, you have to jump through several hoops. The last of which is to come to see my show and answer a simple riddle. The thing is, simple is very subjective term. I personally think the riddle is very simple, but then again I came up with it. Someone who hadn't invented the riddle might not use the word simple to describe it, they might use a word like 'difficult' or 'impossible'. So there's a chance I'll end up giving away less money than I first thought, maybe/possibly/probably 100% less. Which is useful because I don't actually have £3520 to give away, because my net worth is less than £3520... because I bankrupted myself paying for proper advertising at last year's Fringe.

'Gareth Morinan is Playing the Numbers Game' is at The Banshee Labyrinth at 6:40pm. Details