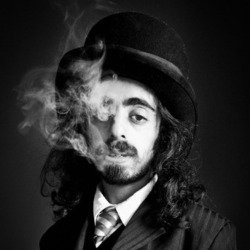 A show in which Imaan unravels and figures out why he entered the stand-up comedy world at the age of 15. Discussing the evolution of thoughts, religion and his comedy. Born a self-titled migga (midget) Imaan has always gotten attention whether he wanted it or not. He uses his unrivalled passion for stand-up to deal with people's ignorance and to control the kind of attention he gets. '..antithesis of cute ... completely inappropriate'.* (BroadwayBaby.com, 2012). 'Slick, smart and dirty stand-up'. **** (EdinburghSpotlight.com, 2012). 'Provocative, hilarious, challenging, mischievous, original, it never stops' (RipItUp.com, 2012).