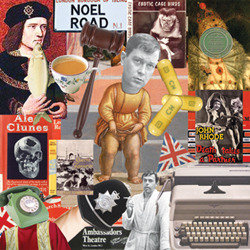 Who inspired Joe Orton's most outrageous characters? What if Orton's alter ego, Edna Welthorpe, actually existed? What if Joe Orton appeared as a character in one of his own plays? Did real life events in Joe's life inspire his plays? 2013 sees the 80th anniversary of the birth of one of theatre's most enduring and enigmatic sons. Celebrating Orton's tragically short life, Entertaining Mr Orton, a new play by Martin Mulgrew, imagines Joe's life in the style of one of his own plays. Sex, murder, lies and a halibut all combine in this hilarious black comedy.