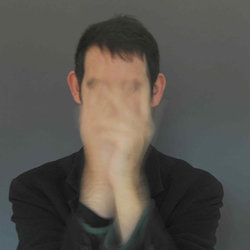 Fringe favourite Ben Moor returns with a brand new solo comedy about love, friendship and human connection for our uncertain times. Funny and romantic, cryptic and surreal, poetic and uplifting: in a chaotic world, populated by self-conscious bees, time-travelling ghosts and corporate thwarts, a complicit businessman creates a social catastrophe of his own life. Whichever way the story goes, each of us has a part to play. 'His turn of phrase is exquisite, and the jokes elegant and memorable ... smart, funny and thoroughly satisfying' (Chortle.co.uk). 'Irreverent, inventive and hauntingly beautiful all at once' (Guardian).

A businessman falls for the quietest woman in the world. An encounter at a party makes him question his character. A group of collectors show him how and why his story will end. Funny and romantic, cryptic and surreal, poetic and uplifting; Each Of Us is something else. In a mixed-up world, punctuated by slow-motion car bombs, self-conscious bees, time-travelling ghosts and cigregrettes ["...(The) anti-smoking aide which replaces nicotine with the feeling of tension and doom of a visit to one's family"], how can you stop yourself creating a social catastrophe of your own life?

Each Of Us is a brand-new solo comedy about human connection for our uncertain times. The piece is separated into three sections; the narrator character tries to find moments of meaning through family, through a love affair and through friendship. But things begin to make less and less sense, and his grasp on what is real and worthwhile begins to slip. He experiences moments where the comical and the beautiful and the bizarre merge and these affect him in different ways. Filled with brilliant one-liners and striking images, it's a story about finding the moments in life to treasure, and then, how to share them; we're all made of stories, but which ones do each of us value the most?

Each Of Us is directed by Erica Whyman, Deputy Artistic Director of the RSC. The original music is by Simon Oakes of Suns of the Tundra. The lighting design is by Malcolm Rippeth. The work of artist Kerry Brewer features on stage.

Ben Moor has become one of the country's most respected writer-performers, having created strikingly original work for the stage, and acted in numerous screen projects. His 'stand-up theatre' pieces place universal themes in surreal and funny landscapes, his writing having been compared to authors as diverse as Lewis Carroll, Thomas Pynchon and ouglas Adams.

In August 2008, his ninth solo stage show Not Everything is Significant received widespread acclaim and four and five star reviews. The Observer called it 'Suspenseful,' and 'Beautifully performed;' Metro described it as 'Bewilderingly brilliant;' it was 'Irreverent, inventive and hauntingly beautiful,' according to The Guardian. Along with 2005's Herald Angel-winning Coelacanth and A Supercollider for the Family from 1997, it was re-written as a short story, and published by Portobello Books in 2009 as part of the collection More Trees to Climb. Other Edinburgh shows include his 2004 adaptation of Jonathan Carroll's novella Black Cocktail, and 2001's Three Wishes, later optioned as a feature film. He first performed at the Fringe in 1988 as a student, making his professional solo debut in Pleasance Upstairs in 1993 with It Takes Forever if You Go by Inertia.

In 2006 he appeared in Casanova, alongside Heath Ledger, Sienna Miller and Jeremy Irons. Recently he was Medvedenko in Anya Reiss's acclaimed contemporary version of The Seagull at Southwark Playhouse. TV appearances include Knowing Me, Knowing You and Count Arthur Strong. Among numerous radio credits, he wrote and acted in three series of the sci-fi comedy Undone for BBC Radio 4 Extra.