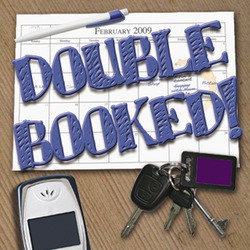 'Bridget Jones meets TV's Outnumbered in this funny, sharply written comedy' (***** BBC Radio). Ruth Rich has troublesome teenagers, a dotty mother, a crush on her son's schoolmaster and a bitchy best friend. Hilarious consequences ensue when, in order to save face, she economises on the truth only to discover that others are hugging far bigger secrets. 'A beautiful play acted in a beautiful manner by a superb actress who is a true master of her craft' (Buxton Fringe review). 'Davis slips effortlessly from one character to another' **** (FringeReview.com).