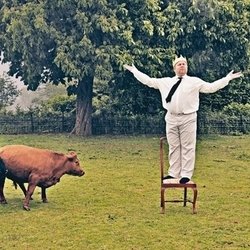 Following the success of its performances in Cardiff, Wales and the rest of UK. 'Robert Bowman's portrayal of the eponymous narrator of Gogol's story stood out. Here was acting of raw power and intensity that will long live on in my memory' (Nick Capaldi, Chief Executive Arts Council Wales, in his 2011 review for the Western Mail). 'While it may now be almost 200 years old, the story will resonate with so many, remains timeless ... gripping stuff' (Karen Price, Western Mail). Diary of a Madman features the techniques of Michael Chekhov.