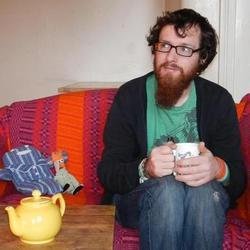 From America to Asia and Australia this hairy Irishman has travelled around. There are stories from the road on his adventures and lost love as he stumbles his way around the world. 'Burke is someone I urge you to catch while he's still playing rooms small enough to ensure everyone's a part of his gang' (Scotsman). 'He's small and he's cute, but he's a feisty Irish man at heart and is not afraid to show off this inner fire' (SomethingFunnyEdinburgh.wordpress.com). One of the 'Best Free Shows' at Edinburgh Fringe 2012 (Scotsman).