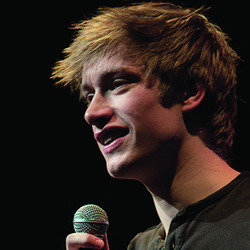 After a massive year of live touring, television and a debut DVD release comes the new stand-up show from comedy's internationally acclaimed and award-winning half-man-half-Xbox. 'Charming, self-deprecating and genuinely funny' (Time Out). 'For those who still view him as a precocious comedy boy-child, Daniel Sloss has suddenly become a strongman of stand-up ... blessed with a sharp mind and a potent stage persona ... Sloss is not far off being the nation's heavyweight champion ... Has them rolling in the aisles' ****(Scotsman). 'Hysterical...A stunning show of observational humour' (Sunday Express). 'A star in the making...Unstoppable!' (Telegraph).