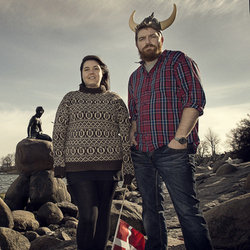 The show presents two of the best young stand-ups the Danish comedy scene has to offer. Valdemar Pustelnik ('...garners the laughs', Chortle.co.uk) and Sofie Hagen (finalist Leicester Square New Comedian of the Year) are both working the European comedy circuit, and proving to be worthy of the attention they have been given. At the Fringe, they will present a taste of Danish comedy. Dry, absurd, sarcastic - and funny. It will be a stand-up show, mixing classic joke-telling with music, storytelling and improvisation, a mixture that makes Danish comedy stand out.