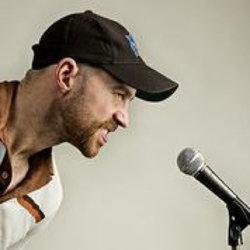 Fresh from supporting Kevin Bridges and Jack Dee on their national 2012 tours, Aussie boy Damian Clark explodes back to the Fringe for his second solo show of high octane mayhem. Now is the time to catch this raw talent as he stands on the cusp of stardom. Total sell-out Glasgow Comedy Festival 2013. Sell-out Edinburgh Fringe 2011. 'Bladder burstingly funny' **** (Chortle.co.uk). 'A relentless onslaught of crippling laughs' **** (Skinny). 'His sunny observational humour is perfect' **** (ThreeWeeks).

Aussie boy Damian Clark explodes back to the Edinburgh Fringe with his second solo show of high-octane observational stand up.

In late 2011 Damian moved to the UK where his energetic stage presence was immediately hand picked to support Jack Dee & Kevin Bridges on their national tours. In turn, Clark was seen perform live by over 100,000 as a relative unknown.

Before touching down in the UK, Damian made Ireland his home and became regular features in RTE's IFTA Award-winning Republic of Telly, comedy panelist in TV3's The Apprentice: You're Fired! plus wrote & co-starred in I Dare Ya! which became the highest rating Irish comedy debut to date.

In Damian's 2011 solo show Stand UP a woman in the audience actually wet herself laughing. The chair had to be replaced for the remainder of the run. Coincidentally, a few days prior, Chortle published an online review which contained the quote "Bladder burstingly funny". I guess she was warned.

Damian posts his own humble stand up clips and stunts on his youtube channel which has now raked in over one and a half million viewers plus continues to grow by the hundreds everyday.

Now is the time to catch this raw talent as he stands on the cusp of stardom.