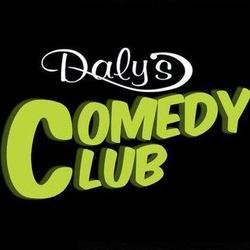 Daly's Comedy Club is one of Ireland's premier comedy venues, finishing runner up in the 2013 Dave's One Night Stand Comedy Club of the year competition. The club has been lucky enough to showcase some of the finest new acts and the biggest touring acts in the business including Ardal O'Hanlon and Abandoman to name just two. In this special free Edinburgh Fringe show you can expect the unexpected with some of our favourite acts handpicked for each show and a different line-up every day, there is something for everyone.