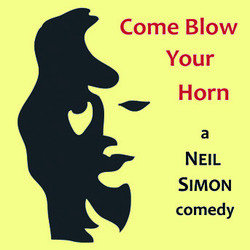 Harry Baker, owner of a successful business, is father to two sons. One is a playboy, the other the younger brother who lives with his parents. These two are continually trying their father's patience. Alan works only two days a week, preferring skiing or golfing jaunts with attractive female companions. Buddy, hitherto an obedient son, has moved into Alan's apartment in New York City leaving a rebellious letter to his parents by way of explanation. The richly comic complications that ensue are unfailingly inventive and delightful.