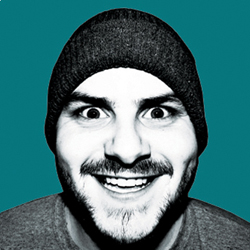 With over 6 million views... The man behind Irish internet comedy hits, I AM FIGHTER and Besty McD debuts at the fringe with a show that tackles ideas and social observation on popular culture today. With his trademark (stolen), grumpy young man style, he delves headlong into the confused lifestyles of those only a few years younger than himself. Stand up blended with video sketches featuring some of his most popular characters, all recklessly abusing their right to freedom of speech. Catch him while you can.