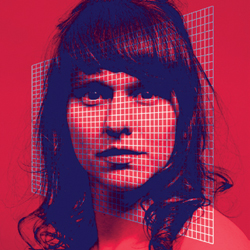 Edinburgh Comedy Award Nominee 2012, Claudia O'Doherty invites you to witness the annual spectacle that so far none of you have attended. Stunning new production values with all of the usual things - horror, amazement, learning and of course, Jeremy's Hour. If the money comes through, this year's production will include The Carousel of Feelings. 'A uniquely entertaining hour' **** (Independent), 'Delightfully offbeat' **** (Time Out), 'An offbeat gem' **** (Telegraph), 'Bloody hilarious' **** (Skinny), 'Wickedly funny' **** (Fest).

Australia's prodigal daughter returns to the Fringe with another eccentric & groundbreaking show.

Claudia O'Doherty invites you to witness the annual spectacle that, so far, none of you have attended. It's 2013. For over 10 years the harsh hand of commercialism has held the Edinburgh Fringe in its vice-like grip, and in Claudia O'Doherty: Pioneer 'the man' has finally found his way onstage...

Claudia O'Doherty returns with a fourth Edinburgh Fringe production, following her Edinburgh Comedy Award nomination for 2012's boundary-busting The Telescope. Claudia O'Doherty: Pioneer is her most absurd, audacious and grandest show to date, featuring the kind of production values seldom seen on the Fringe in a solo comedy show. O'Doherty takes the audience on a journey into her brain and shows them the paint-splattered walls.

Claudia has recently finished writing/recording her Comedy Blaps (for Channel 4 online), has performed to sell out audiences in Australia, New Zealand, London and Edinburgh and has co-authored two books, 100 Facts about Pandas and 100 Facts about Sharks, with David O'Doherty and Mike Ahern.

Claudia O'Doherty: Pioneer looks set to further galvanise O'Doherty's position as an exceptional talent and one of the UK's most exciting recent imports.