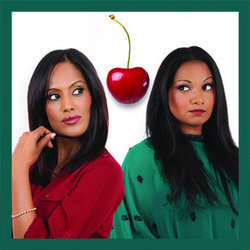 A poignant and humorous story set in the South African Indian community. A man has had an affair and his wife and mistress meet for the first time when he dies. While both women are grieving, they go on a journey of shock, competitiveness, rage, connection and courage, all portrayed through different characters in the play. The betrayal is that each woman believed that their relationship was the true one.. that they were his only Cherry, a term of endearment he used for both of them. The question is: who really is the Cherry on top?