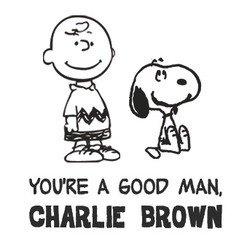 'I was jumping rope ... everything was fine. Then suddenly it all seemed so futile.' An eight year-old's life can be fraught with trials and tribulations. You're a Good Man, Charlie Brown is a nostalgic and charmingly funny musical with a Grammy-nominated score, based on Charles M Schulz's loveable collection of under-10s (and dog). Join Fringe veterans EUSOG, following five-star, sell-out productions from the last seven years, as they overcome a range of first-grader problems, from receiving a C in coat hanger sculpture to rating a disastrous 95% on the Crabbiness Scale.