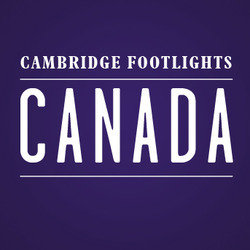 Following countless sell-out runs, the Cambridge Footlights return to the Edinburgh Fringe as they celebrate the club's 130th anniversary. Many past Footlights have changed the face of British comedy, including Peter Cook, John Cleese, Hugh Laurie and Tim Key. Join 'the most renowned sketch troupe of them all' (Independent) as they embark on another exciting international tour showcasing an hour of sharp, ambitious sketches from this year's most talented writers and performers.