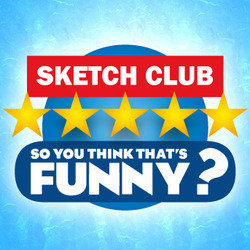 It's the grand final of the Gilded Balloon and Sketch Club's exciting new competition for sketch and character comedy writers and performers. In front of a panel of expert judges from the comedy industry, the winners of six London heats battle it out in Edinburgh for the big title - the winning act landing themselves a full three week run at the Gilded Balloon next year. It's a show no comedy fan will want to miss. The stars of the future today. 'Sketch Club is mesmerising ... flashes of true brilliance' (Time Out).

Best New Sketch Act 2013 is a brand new type of comedy competition focused entirely on the art of sketch and character comedy. With the support of the Gilded Balloon, Sketch Club's new competition is set to change the way this genre is perceived in the industry.

The competition has already earned a lot of attention from industry big hitters, including the BBC, Zeppotron and a host of some of the biggest independent comedy producers in the UK.