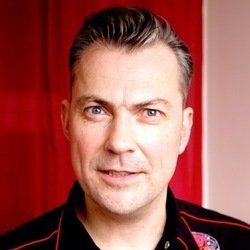 As seen on Mock the Week and celebrating 20 years in comedy Ben Norris returns to the Fringe with his show Mr Ambiguousness. According to the press as well as being razor sharp he's 'a cast-iron guaranteed headliner' (LondonIsFunny.com). Ed Byrne says he's 'truly a sight to behold'. Anyone who's seen this father of triplets in free flow will know this show is sure to be hilarious and slightly different every night. '...it's hard to think of anyone on the circuit who works an audience with as much skill and flair' (Scotsman).