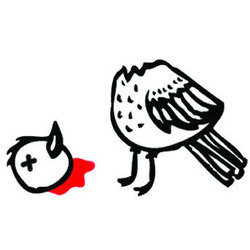 Auditions, rehearsals, opening night... A director and three actors struggle to put on Julie In A Snowstorm - a new adaptation of Strindberg's classic. Throughout the process, the lines between rehearsal and reality are blurred as the cast tangle with the play, each other... and a dead bird. Harry Standjofski's original script premiered this summer at the St-Ambroise Montreal Fringe Festival and has played at festivals across Canada. Hopegrown Productions is a new company based in Montreal, Canada dedicated to staging stories featuring dynamic female characters. Our hope is to make theatre a more gender-equal art form.