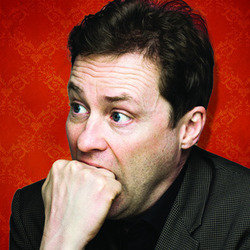 Father Ted star, Ardal O'Hanlon is delighted to present his latest stand-up show for 2013. The style is observational, the subject matter is life itself, and the default expression is one of utter disbelief! Lurking beneath Ardal's mild-mannered demeanour resides a sharp and probing comic brain. He will explore the world within and around him demonstrating why the peddling of jokes was not only his fate but probably the only sensible way to live life. 'Charm, intelligence and fabulous phrase-making.' (Guardian). 'Funnier than one could imagine possible' (Scotsman).