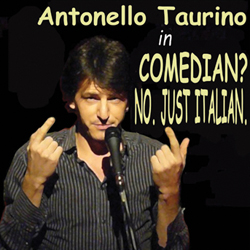 How to go beyond stereotypes in a country where reality is funnier than jokes and comedians become prime ministers (and the other way round)! Marvel at 'the silliest jobs in the world' or 'the worst gaffes ever committed'. Taurino is a multifarious actor (funny while acting drama, serious while working as comedian, but these are details), and one of the stars in the most followed Italian TV shows. After Berlusconi's electoral successes, he decided to leave, performing all over the world and asking for political asylum. Be careful: unwittingly you could become part of the show!