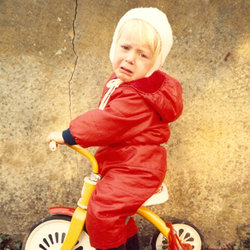 Angus Dunican has never been very good at being himself. In fact, the one person he would have rather been, lived in the same house as him. His older brother was always better at causing explosions, melting things and falling off stuff. This was all long before the pubs started to let him in; that's when his act got really tough to follow. Angus getting diagnosed with a chronic kidney disorder at 22 may also have hindered matters somewhat. It's a show about having a hero, trying to be a hero and finding something better instead.