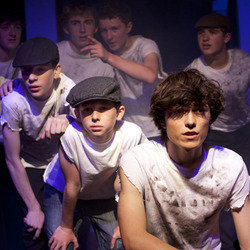 This dynamic, innovative, all-male company presents a unique mix of theatrical genres. From Shakespeare to slapstick, with mime, song, hilarious dance and newly-commissioned comedy sketches, there is truly something for everyone. Led by actress Caroline Secombe (former Miss Moneypenny), the 12 young men have been delighting audiences in Cornwall for five years. Be sure to catch this exciting company in their first performance at Edinburgh! 'Expect to see some of these lads among the ranks of our elder statesmen of theatre - Kneehigh and, it wouldn't surprise me, the RSC' ***** (West Briton).