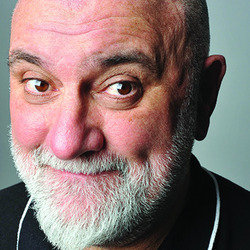 The godfather of alternative comedy brings his first full-length stand-up show in 17 years to Edinburgh following two sold-out London seasons. 'Modern comedy? We owe it all to one man.' (Chortle.co.uk). 'Rare and wonderful' (Times). 'Still gobby and engagingly self-deprecating' (Standard). 'It's good to have the old Liverpudlian loudmouth back' (Telegraph). 'A true legend goes back to his roots' (Time Out London). 'An hour of mostly splenetic and often splendid comedy ... brings back a quality of political disgust that comedy, and society at large, has been sorely lacking.' **** (Guardian). '...fearlessly funny' **** (Metro.co.uk).