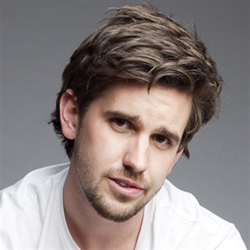 Over 250,000 subscribers and 26,000,000 views, he's a global YouTube sensation. Forty-six consecutive sold out live shows across Australia. Book early and let this multimedia superstar entertain you! Warning this show is not for the feint hearted ... it has very adult concepts and language! 'Disturbing and distressing' (Herald Sun). 'Brilliant performance - go see him!' (Rip It Up). 'Original and unlike anything else you may have seen before' (YAWP.com).

Alex Williamson (or Shooter Williamson as YouTube knows him) is a multi-talented verifiable YouTube sensation. With over 28 million YouTube views and more than 270,000 people who have signed up as subscribers to his channel, he's running hot and the public loves his work.

His characters, The Loosest Aussie and the Musical Drug Dealer, have proven to be hugely popular and feature heavily in this show - this show is not for the faint hearted or easily offended - it contains adult concepts and strong language.

This live comedy background blended with his talents as a film-maker, provided an unrivalled platform for him to launch himself onto the internet via YouTube along with all the other major social media platforms; where he has also showcased instrumental abilities (piano and guitar), acting skills and singing talent.

This multi-media comedy experience is unique, pushes boundaries and has left audiences gasping for breath between laughter!

Since this tour which includes Edinburgh Fringe commenced in July 2012 Alex has sold out more than 65 shows across Australia. Book now and see what all the hype is about!