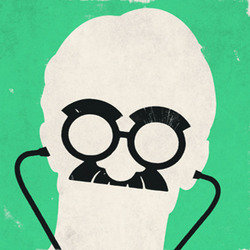 Want to be a doctor, but can't be bothered with the inconvenience and expense of six years at medical school? Learn how to fob off, rip off and strip off members of the public after just sixty minutes of half-remembered semi-facts. Adam Kay is a comedian (Amateur Transplants), comedy writer (BBC2, BBC3, BBC4, Channel 4, Radio 4), and - genuinely - a former doctor. 'Extremely funny. Never less than utterly clever' (Telegraph). 'Gloriously funny' (Scotsman).

Want to be a doctor, but can't be bothered with the inconvenience and expense of six years at medical school? You need to attend How to be a Bogus Doctor - a comedy lecture by Adam Kay. After just sixty minutes of listening to half-remembered semi-facts, you'll be able to set up shop immediately in Harley Street. Fob off, rip off and strip off members of the public for vast financial rewards.

From how to make your own dialysis machine (a watercooler, a hoover, and a length of plastic tubing), to the management of a punctured lung (puncture repair kit), you will be fully trained faster than you can say Mesangioproliferative Glomerulonephritis.

Famed for his smutty songs and sell-out Fringe show, Adam Kay's brand new comedy hour will have you in traction. And very possibly litigation.

Adam qualified as a doctor from Imperial College London in 2004, and shortly afterwards abandoned the profession (to his parents' natural delight) for a career in comedy. He first appeared at the Edinburgh Festival Fringe as frontman of Amateur Transplants in 2005, achieving a sell-out run. He has since sold out Edinburgh runs every year since 2006.

This is his first Edinburgh show not sat behind a grand piano, and his first time imparting dubious medical knowledge. (To an audience. He used to do it to patients for free.)

Adam writes extensively for TV, with comedy credits across BBC Two, BBC Three, BBC Four, Channel 4 and Radio 4. He has delivered this "lecture" to both Oxford and Cambridge unions and at the Cheltenham Literary and Science Festivals.

Adam's other show Amateur Transplants: Adam Kay Is Going For A Number One is at Pleasance Forth at 8.30pm every day.