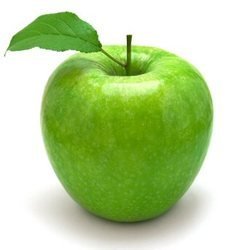 It is the morning after the fall of man. Adam and Eve awaken in a part of Eden they don't recognise. Where are they? What did they do last night? And what's going on underneath Adam's fig leaf? Adam and Eve: The Musical is a hilarious new musical comedy. What if the bible story was true? How does the world's first couple come to terms with a brand new life of hunger, pain, hunting and sex? With starring roles for Lucifer, a bureaucratic archangel and a talking tree, this is a saucy lunchtime treat.

The world premiere of a brand new musical comedy.

"There really was only one rule in Paradise..." - The Archangel Oliver.

It is the morning after the Fall of Man. Adam and Eve wake up in a part of Eden they don't recognise. Where are they? What did they do last night? And what the hell is going on underneath Adam's figleaf?

It is not until they meet the Archangel Oliver, their angelic 'Transition Officer' that they begin to understand the horrifying consequences of what they have done. Traumatised, Adam runs off to try and find Eden, leaving Eve to come to terms with the prospect of life alone on a brand new planet. It is the world's first row.

With a starring role for Lucifer and support from a caribou and a talking tree, Adam & Eve: The Musical takes an irreverent look at the oldest story ever, with nine original songs including Don't Go Near the Tree, (This) Morning Has Broken (my Heart)', and of course the definitive, show-stopping Sexual Love.

Adam & Eve: The Musical, is a hilarious new comedy with songs, written and composed by Ben Hales and directed by Matt Wilde. With Splendid Productions' trademark theatrical wit and energy, a small but perfectly formed cast take you back to the beginning of time for a highly tempting mix of live music and laughter, good and evil, birds, bees and the whole future of humanity.