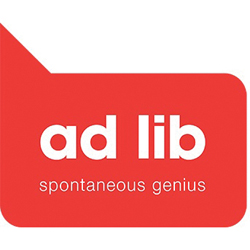 The ultimate once in a lifetime show. Never to be repeated! No reviews. No stars. No idea what's going to happen. No idea who's going to be on our stage. No idea what they're going to say. Welcome to the dangerous and unpredictable world of ad lib! You have been warned.

A new improvised, live entertainment show concept Ad Lib, which explores and celebrates 'spontaneous genius' will launch at the Edinburgh Festival this month.

The line-up for the first of five festival shows has been announced and will see Doctor Who supremo Steven Moffat take the stage with award-winning comic Frank Skinner on Wednesday 21st August 10.30pm at The Assembly Hall. The event will be hosted by broadcaster Fred MacAulay.

In this special Edinburgh edition of Ad Lib, the nation's most creative minds will meet some of country's sharpest comedians.

The Ad Lib concept has been devised by Stuart Snaith, the former Director of Comedy at BBC Worldwide, and is produced by Dan Schreiber, The Museum of Curiosity.

Stuart Snaith said "AdLib promises an hour of spontaneous and unexpected conversation from some of Britain's sharpest, funniest and most creative brains. This initial series of five special shows, each with intriguing combinations of stars, will celebrate their talent and explore their Scottish links."