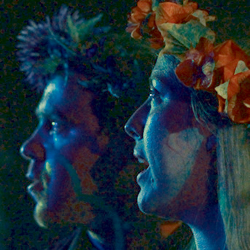 Gothic fairies ... enchanting forests ... Bottom the pizza delivery guy... Shakespeare's magical comedy is revitilised by Stratford-upon-Avon's award-winning Fringe company. Fun-filled comedy compliments the fiendish mischief of dark spirits found within woods at night... Tread the Boards fresh approach keeps you on edge around Puck and roaring with laughter at the Mechanical's mayhem! Accessible, intriguing, down to earth Shakespeare which the Bard's most and least likely fans enjoy! 'They have been producing impressive versions of classic stories ... you won't be disapointed!' ***** (Remotegoat). 'If there are tickets left we strongly recommend getting one!' **** (BroadwayBaby.com).