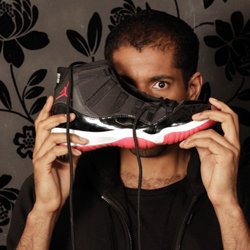 We've all wanted to be a black, haven't we? Rafiq is no exception - he's only half a black man, half an Indian man - and a whole lot of confusion! Rafiq waits impatiently in his bedroom, minutes away from meeting his half-brothers and sister for the first time. Apart from the fear of meeting new family, he frets over one thing in particular ... will he be black enough for them! Funny, daring and poignant semi-autobiographical solo show about what it means to belong. 'I recommend you see this' (OnTheFringePaper.co.uk). 'Brilliant' (FringeReview.co.uk).