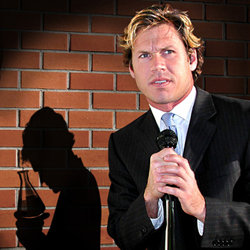 A creative blend of stand-up comedy and science. Lee is a comedian with a PhD who's become an internet sensation with more than 4m YouTube views and a feature in the New York Times. 'Very cerebral comedy' (New York Times). 'Like what would happen if you crossed your high-school chem teacher with George Carlin' (The Boston Phoenix).