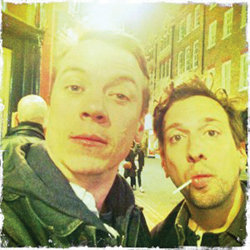 Fresh from eight weeks of smashing it on London's West End, The Pajama Men come to Edinburgh, in their street clothes, with a completely improvised set. Each performance will feature different and exceptional comic guests and musical accompaniment. Every show will be different; every show will be pretty good. If you've never heard of The Pajama Men, it's worth mentioning that they've received a ton of stars and comedy awards worldwide. Seeing them raw and unscripted like this is like seeing a snow leopard mate with an eagle.