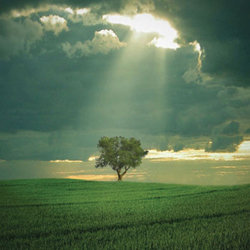 Chicago, 2012. Zac is confronted by friends and family, trying to redeem him before it's too late. As we delve deeper into his alcoholism, the more skeletons appear from the family cupboard's dusty depths. A series of explosive revelations unravel the brutal truth behind the cycle of abuse. A father and son tale for the 21st century. Jan Ravens, Aisling Bea, Waen Shepherd and Phil Nichol in the Comedians' Theatre Company premiere of Dave Florez's (Fringe First Award 2011) darkly humorous new play. 'Dizzyingly brilliant stuff' (Scotsman). ***** (WhatsOnStage.com). 'A golden nugget' (Guardian).

It's Chicago, 2012. We meet Zac who is being confronted by his friends and family, trying to redeem him, before it's too late. As we delve deeper into Zac's alcoholism, more skeletons appear from the dusty depths of the family cupboard. A series of explosive revelations unravel the brutal truth behind this cycle of abuse. The Intervention is a father and son tale for the 21st century.

The Intervention will be the first major theatre premiere at the newly refurbished Assembly Rooms, George Street proving their commitment to new writing and innovation and sits in a primetime slot of 7.05pm; a time when few plays are available at the Festival.

Jan Ravens said: "It's very exciting to be returning to the fringe in this darkly funny new play. I'm thrilled to be working with such a talented group of performers in such a fab theatre. It's all good!"

Comedians Theatre Company productions have included The Zoo Story (Stage Acting Excellence Award), True West, Talk Radio, The School for Scandal and Breaker Morant. In 2009, the company's new writing project, Itch: A Scratch Event was initiated and led to Matthew Osborn's sell out Cul-de-Sac, and Somewhere Beneath It All, A Small Fire Burns Still by Dave Florez (Scotsman Fringe First) in 2011. This year, in addition to The Intervention, the CTC is producing Shopping Centre by Matthew Osborn and The Mysterious World of Clovis van Darkhelm. Itch: A Scratch Event continues to run at the Pleasance.

Dave Florez has a second play at this year's Festival called Hand Over Fist. Directed by Hannah Eidinow, it's a dark, redemptive monologue about lost love and Alzheimer's.