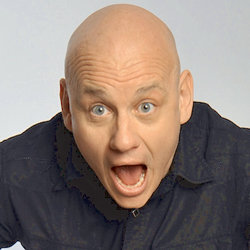 Following his smash hit, critically acclaimed Edinburgh runs and national tours in 2010 and 2011, award winning comedian Terry Alderton is back for seven nights only!

A spellbinding combination of noises, the voices, the shoes, incredible physicality and a mind blowing insight into the inner workings of a fantastic comedy mind, Terry Alderton must be experienced live to be believed.