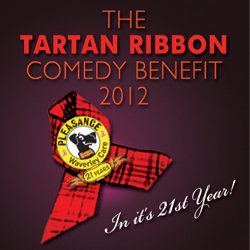 A top night of comedy with all proceeds going to Waverley Care - supporting people living in Scotland with HIV. Previous years' line-ups have included Michael McIntyre, Stephen K Amos, Russell Howard, Ivan Brackenbury, Jason Byrne and many many more. The night promises to be the cream of the whole Edinburgh programme, and profits go to charity. Beg, borrow or steal a ticket, it's sure to sell out! Line-up to be announced.