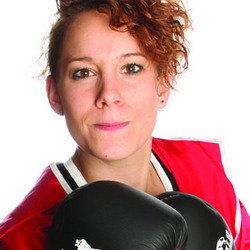 Tales of social ineptitude, overbearing parents and desperately trying to fit in. 'Completely won over, thoroughly enjoyable' (British Comedy Guide). 'Owns the stage so convincingly she could take out a mortgage on it' (Chortle.co.uk).

Leicester Mercury Comedian of the Year nominee and Latitude New Act of the Year finalist Suzi Ruffell is bringing her hotly anticipated debut show, Let's Get Ready to Ruffell, to the Edinburgh Fringe Festival this Summer. Suzi will be playing to audiences daily from 1st - 26th August (excluding Monday 13th August) at the Pleasance Cellar at 6:00pm.

Tipped as 'one to watch' by Time Out, Ruffell opens the door on her inability to grow up, her social ineptitude and desperate need to fit in. Let's Get Ready to Ruffell is a hilarious insight into life of 20-something with tales of acute embarrassment, terrible bullies and holding desperately on to the fun and freedom of childhood. Anyone for a game of bulldog!?

Ruffell's engrossing tales and innovative style has seen her supporting star of Stand Up For The Week Josh Widdicombe on his UK Tour this spring and named Laughing Boy New Act of the Year Finalist, Latitude New Act Of the Year Finalist and Leicester Mercury Comedian of the Year nominee in the short two years she has been performing.

It can only be a matter of time before this enchanting young performer begins to make a huge impact on the comedy world.