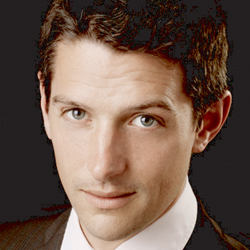 Expert stand-up' (Sunday Times) for anyone who used to have principles. Selfishness, narcissism, violence and a winning smile. This show will make you a worse person. 'Utterly funny' ***** (ThreeWeeks). 'Brilliant' (Johnny Vegas).

"Almost pathologically likeable" according to some cock or other...

Well now the boot's on the other foot. Come and see what happens when you put baby in the corner.

Includes jokes, confessions, hypocrisy, the total abdication of responsibility, a winning smile, a shocking act of real violence and one use of the "c" word. Let's face it; you can do anything you want as long as enough people start to consider it acceptable.

So come along and watch as either a nice man gets in touch with his dark side, or a prick explains how he's been getting away with it. Blackly comic, painfully honest and wham! - there's that smile again.

Over the last seven years Stuart has become a firm favourite in comedy clubs across the length and breadth of the UK. He survived ITV1's Show Me The Funny with dignity intact, and made the mums swoon as host of CBBC's Mission 2110 ("I want to lick the back of his neck" - mumsnet.com).

His debut show The Reasonable Man was nominated for Best Show 2011 - Leicester Comedy Festival, and he is creator and host of the highly successful Comedian's Comedian Podcast which he will be presenting at weekends at Gilded Balloon Turret throughout the Fringe.

Lizzie Roper has performed and directed at the Festival since 1999 her hits include Peccadillo Circus (The Stage Nominated Best Solo Show), One Flew over the Cuckoos Nest and Maurice Clark (Nominee Perrier Best Newcomer).

A show for anyone who's only handed in the purse because they thought they were being watched.