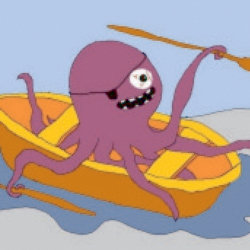 Straight from the imaginary streets of Twelchford sails forth the Ship of Fools ('What a bunch of pr*cks' - Matthew Howard) trailing a string of illegitimate hearts and broken children in its wake. Join us on a voyage on the seven seas of silliness for a show featuring squid, speed dating hoovers, Shakespearean job centres, surreal supermarkets, snotty hotties and sundry shenanigans. Sea state: moderate to sexy, rising slowly. Come and see us do a thing why not.