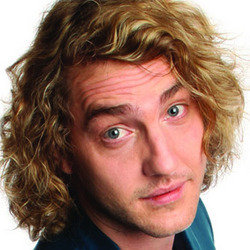 Star of BBC One's Live At The Apollo, Channel 4's Stand Up For The Week and Dave's Argumental is back with an all-new hour of 'Sharp, creative observational comedy from a precocious newcomer. See him now, before the stadium tour' (Sunday Times).

Following 2010 and 2011's sold out Edinburgh shows, comedy's fastest rising star Seann Walsh is returning to the Edinburgh Fringe Festival this August with his hotly anticipated all-new show, Seann To Be Wild. Walsh will be performing his razor-sharp observational comedy nightly at the Pleasance Beyond at 7:50pm.

Star of Channel 4's Stand Up For The Week, BBC One's Live At The Apollo and Dave's Argumental, Seann is a charming and charismatic natural born observational storyteller and one of the most frighteningly precocious talents to emerge from the UK comedy circuit in years.

Within two years of his first comedy performance Seann became the winner of the Leicester Mercury Comedian of the Year. Shortly after, other accolades included Chortle Best Breakthrough Act Nominee 2010 and Chortle Best Compere Nominee 2011.