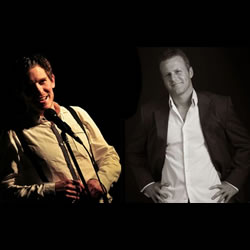 Sean Hegarty (King of one-liners) and Tom O'Mahoney (hilarious storyteller) bring you their fabulous one hour comedy show in this Free Fringe exclusive. A show not to be missed!

Sean Hegarty and Tom 'The Bear' O'Mahony deliver a one-hour stand-up comedy show capable of making it onto any paid festival programme. However these two Irish jokesters want to stand out from the rest & give the audience something to remember by not only cutting the costs of the every Fringe-goer's experience but also have them leaving with a smile, sore ribs (not from punishment beatings) and wanting to tell their friends.