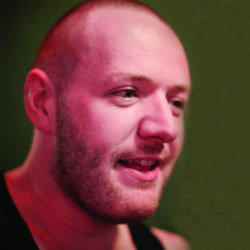 'Electrifying' (Guardian). A look into the little known world of the gay man's sauna - a tradition going back centuries - and for the straights a glimpse of what goes on there. Filth guaranteed. 'He's 6' 5", burly, hardboiled Glaswegian comedy - his confessional honesty marks him out from 99.9% of other fringe comedians' (Guardian). 'Tough, funny, original, with the potential to make a nationwide impact' (Attitude ). 'Imagine the gay son of Amy Winehouse and Billy Connolly. He is the antidote to Craig Hill's light campery' (Scotsgay ). 'Hilariously graphic' (Chortle.co.uk).