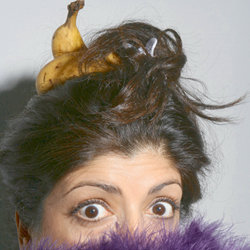 Regrets, Sajeela's had a few - then again who hasn't? Edith Piaf sang about them, ]Frank Sinatra] insisted he did it his way. What if things had been different? Sajeela's parents never migrated to England, she learnt to ride a bike as a child, or hadn't been kissed by Elton John, would she be happier today? A life-affirming, hilarious romp through silly mistakes and lessons learnt. A show for all those who shoulda, woulda, coulda. Hackney finalist, 2011. Starred in if.comedy award-winning show, 2007. 'Extremely funny divine diva' (Time Out). 'Provoking stand-up' (ThreeWeeks). 'Stunning!' **** (One4Review.com).