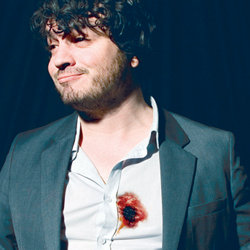 November 1983, the closest the world has ever come to nuclear war. Comedian Joe 'Pops' Pooley is headlining his local comedy club and no one's laughing. August 2012: together, his murder is reconstructed. Can you die with some dignity? Devised by award-winning writer and performer Ross Sutherland. 'One of the most exciting voices to emerge on the Fringe. A real star in the making' **** (Independent). www.showandtelluk.com.