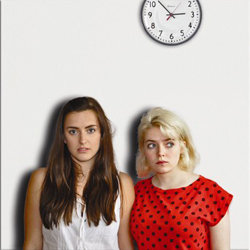 If you like comedy written and performed by two women, and called Beard, you'll love this: a brand new two-hander from young upstarts Rosa Robson and Matilda Wnek, members of the Cambridge Footlights. This double-act sashays its way up to the Fringe for the first time, with a debut show featuring live music, vivid characterisation and razor-sharp writing. So, leave your man at home (don't) and cut a trip down to Beard: a new show from writer-performers who have been variously described as 'exquisite', ****(BroadwayBaby.com) and 'a wonderful, natural presence ... undoubted talent', *****(Varsity).