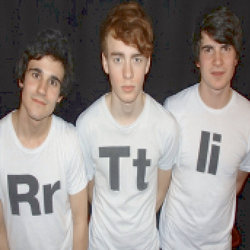 Confusingly-named triple act Rory & Tim (Rory, Tim and Iain) return to Edinburgh after 2011's packed out Free Fringe show. Unemployed, unfit and under pressure to make something of their lives, the trio have instead decided to present an hour of their best sketches for free. It'll be priceless. Previous praise, 'their sketches have legs other comics only dream of' **** (ThreeWeeks). 'The trio have real chemistry on stage' ****' (OxfordTheatreReview.co.uk). 'We were laughing along the entire way' **** (EdFringeReview.com). 'Remarkably professional talent that rivals some of the bigger names in the trade' ***** (Ovincus).