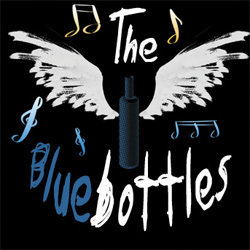 Satire performed on the following days in August 2012...

Olsson Theatre returns to the Fringe in wake of the huge success of Recursion in 2011, with a new black comedy by Dale J Pearson. Violent, satirical and hilarious, The Ride of the Bluebottles follows a failing band on the night of the gig which could change the course of their musical careers forever. However, as tensions mount and the band begin to clash over contracts, drum kits and dead cats, the night takes a turn for the worse and escalates into a creative and egotistical bloodbath.