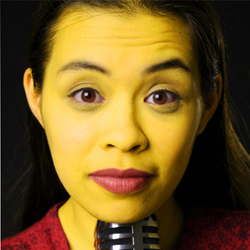 Like many superheroes Ria's true self is hidden beneath a façade, but in her case it's her face and it doesn't come off. Thank goodness it's a pretty one! Award-winning comedienne Ria gets her Filipina looks from her American mother, but was raised entirely in her father's Western culture. Bringing her first hour of stand-up and songs to Edinburgh, Ria explores expectation, judgement and pigeonholing. With the world a genetic mixing pot, and culture as much a product of our upbringings as our surroundings can we really judge anybody based on first appearances?