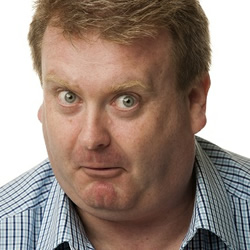 Raymond Mearns has been a stalwart of the UK comedy scene for 10 years with many additional credits as an actor. In 2011 he toured in support of Pete Doherty. The tour was a blast and being a big fat party animal, Raymond got steamed in but then the wheels came off the train! Come along and hear this hilarious tale of excess and redemption. It will make you laugh and cry or maybe even help you to accept yourself and grow old disgracefully.